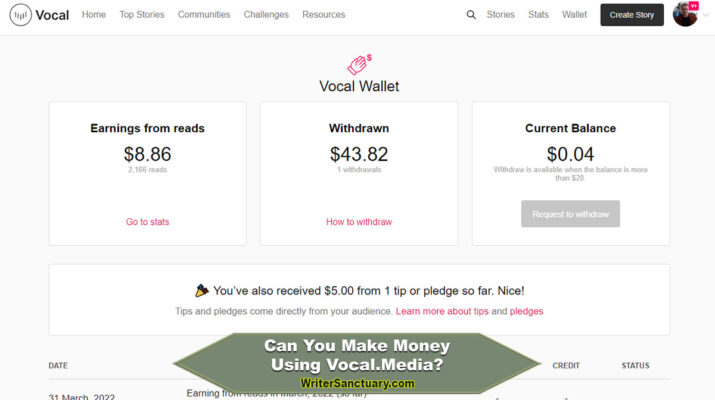 Vocal Media is one of those websites that many writers use to make money. But how realistic is it to replace a full-time income on the platform? Today, I’ll break down some of the ins and outs of using Vocal and whether it’s right for you.

Although a lot of people claim to make a serious amount of money, it all comes down to the individual and his or her audience. In my experience, it hasn’t been all that forthcoming of a system to make a decent income.

Then again, I’m also comparing it to owning my own blogs.

What is Vocal Media?

Vocal Media is a site where writers can share their works in a variety of niches and genres. Whether it’s a traditional blog post or a short story, you can publish almost anything on Vocal as long as you stay within their guidelines.

Since it’s free to join, you can start writing immediately. But if you pay the $10 per month for the upgrade, you can earn more while having a lower threshold to claim your money.

For those who don’t have blogs and want to establish a passive income, Vocal is among many that may help. However, it’s not all sunshine and rainbows.

What to Expect Using Vocal Media to Make Money

I’ve been using the system on and off for a few years. And I recently completed a personal challenge to write on Vocal for 30 days straight. In that time, I’ve come across quite a few pros and cons to using the system.

Now, keep in mind that these are from my personal experience. You may have a completely different experience based on your style, niche, and allotted time.

Lots of Niche Categories to Choose From

First, I need to point out how Vocal Media has a lot of different niches to choose from to help you make money. By writing in something you’re either interested in or have experience with, you can write more effective content for driving an audience.

I tend to gravitate to Longevity, Journal, and Gaming.

Then, you have a series of subcategories in each niche to further fine-tune who you’re trying to engage. In any case, there is almost something for everyone on Vocal.

Periodically, Vocal Media will launch writing contests where you can win cash prizes. At the end of 2021, there was a fictional writing contest whereas 25 writers won $5,000 and to have their story featured in Vocal’s book.

A lot of these contests are only for Vocal+ members. That’s where the $10 per month comes in. Although Vocal Media does sometimes open contests to all writers, the more common of these are strictly for those memberships.

Vocal uses Stripe as its payment method. Personally, I prefer PayPal, but Stripe works just as well, I guess. The bottom line is that I know Vocal is legit with its payout as I recently claimed my cash and it was deposited into my bank account.

The pay works by Vocal giving you $3.80 per 1,000 reads on all of your stories. Upgraded members earn $6.00 for the same RPM (rate per 1,000 views). So, you’ll earn almost double if you upgrade. But there is a massive catch – you need to write articles people want to read.

Free accounts can only withdraw from the system once it reaches $35. If you upgrade to Vocal+, that threshold is reduced to $20.

Various Bonuses You Can Earn

Having people read your article isn’t the only way you can make money on Vocal Media. There are several bonuses you can get just from writing articles.

For example, I earned $10 once I wrote 10 articles, I earned $5 for a Top Story spot, $5 for an “awesome” story from Vocal, and another $5 when my story was shared on their social media platforms.

So, there are quite a few ways you can make money with the type of content you create.

Getting “Tips” from Readers

In addition to bonuses, you can also receive “tips” from other readers who find value in your content. I’ve only had one so far, but the individual sent over $5.

It’s kind of like how I receive tips from Buy Me a Coffee. If someone finds value in your work, he or she can send over a bit of cash.

In my experience, these are far less likely than getting a bonus directly from Vocal. However, it is something that can sweeten the pot if you decide to go all-in writing on the platform.

Keep in mind that Vocal Media does take out transactions fees from tips. Vocal+ users will pay 2.9% while free users will pay 7%. This is on top of Stripe’s processing fees.

Vocal also has a system called “Pledges,” which is kind of like a recurring monthly tip. For $2.99, fans can receive your works directly in their feeds while supporting you as a creator.

Pledges are for Vocal+ members only, which means you’ll need to upgrade your free account.

I haven’t earned anything on pledges, but a big part of that is due to how inconsistent I am on the platform. No one wants to pledge money to a creator who only writes a blog post or two every six months.

One of my biggest hangups for Vocal Media is the lack of proper data tools. You only get to see how many reads an article has, how many likes it has been given, and how much money it’s made in total.

So, if you’re looking to track what articles are doing the best for any given day, week, month, or year, you’ll have to keep track of that yourself.

As I am a blogger, I spend a great deal of time analyzing articles to create strategies for what to write next. Vocal makes it too much like guesswork unless you set up some elaborate spreadsheets, which I do plan on doing soon.

To make matters worse, Vocal only shows the most recent 30 days. So, identifying trends for certain topics is next to impossible unless you set up your own spreadsheet for data.

Doesn’t Seem to be Crawled By Google

One thing I’ve noticed from the time I spend on search engines is that Vocal Media articles don’t seem to be crawled and indexed by Google. You’re more likely to come across Medium articles, an alternative to Vocal.

This means that no matter how much you focus on writing content for SEO, it’s not going to have the same effect on driving traffic and reads.

Upgrading to Plus Membership

As I’ve mentioned, Vocal+ has a lot of benefits over the free account. Not only do you make more money, but you’ll pay less in fees from payouts and tips.

As you can see, you’ll need to drive a lot of eyes to your articles to make a decent amount of money.

Will I Still Use Vocal Media to Make Money as a Writer?

Now, is it impossible to bring in enough views to make $60 per day? According to some people out there, no. You can come across all kinds of success stories from people using Vocal to generate a bit of a residual income.

Is it something viable for myself? Probably not. Don’t get me wrong, Vocal Media may have some potential behind generating that kind of money. But that would also require more of a commitment than I can currently put in.

You see, I have an extremely busy day. Between all of the blogs I run, my client’s content, YouTube videos, writing my next book, and trying to be active on social media, it’s a handful.

However, I’m not averse to the idea of still posting on Vocal here and there for a few cents. At least until I can figure out a better schedule of when I can put out some content.

For me, it all comes down to the potential for making money on Vocal Media versus what I do right now. Unless I’m able to hit that perfect stride with the perfect readers covering the most perfect topics, it’s really not worth my time.

Why wouldn’t I just spend that time writing on my own blogs instead of the off-chance I might make a few cents on Vocal?

Stacking Vocal Media vs a Blog to Make Money

I am setting up a few experiments comparing Vocal Media to owning a blog. The idea is to compare what I can make on Vocal versus what I can generate for similar content on the blog, even after paying for the hosting and domain name.

In fact, I’m setting up a spreadsheet for it this weekend.

Based on my experience, because Vocal isn’t crawled by Google, the potential for income is far greater on a blog. That’s because you’re able to tap the sum of humanity who use Google for any given search.

As opposed to the fraction of the people who read content on Vocal.

However, a high RPM does not guarantee you’ll make good money.

In total, ColoradoPlays.com made nearly twice what CrossingColorado.com made simply because it received nearly three times the traffic. And that’s my point…the volume of visitors is starkly different between a blog and your Vocal account.

In any case, it’ll be interesting to see the data of which platform makes the most money after 90 days.

It’s All About Your Audience

To make money on Vocal Media, you need to write highly focused content that those users want to read. This means you need to go beyond just keyword research and search intent.

It’s easy for even your most brilliant work of art to get completely ignored.

It may be possible to rake in the dough, but I’m not seeing how others could be accumulating more than 10,000 reads per day. Then again, I haven’t really put in massive amounts of effort either.

If you’ve had experience succeeding on Vocal, how did you do it? Do you make more money on other websites? I’d be interested in your opinion in the comments. 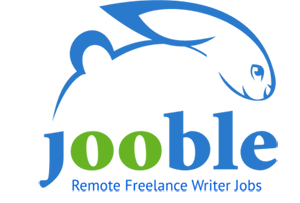