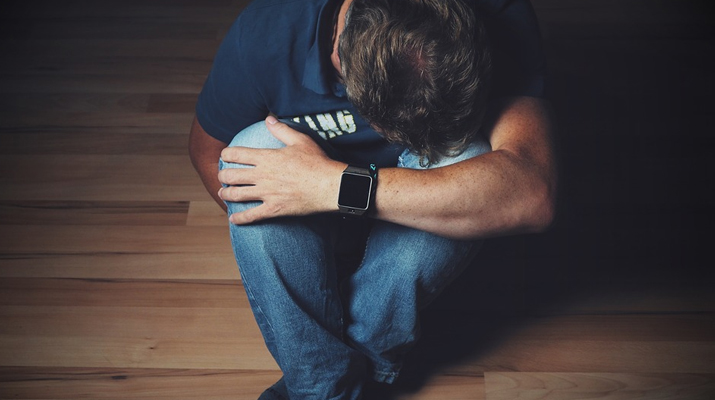 Many of us are ruled by self-defeat. It’s when you seem to purposely go out of your way to make sure you fail. The problem is many of us don’t realize we’re doing it. And those who do don’t put in much effort to change. This starts a cycle of depression and anxiety that is difficult to emerge from.

Those who suffer from a self-defeatist attitude are more likely to help others without helping themselves. They clearly have the capacity to succeed, but choose to sacrifice their own happiness and successes for the sake of others.

Although this may sound like a good trait to some, it’s ultimately bad for the individual. Instead of making sure his or her needs are met, they go through life unfulfilled and often put themselves in situations that result in a negative experience.
[adrotate banner=”8″]

What is a True Failure?

Too many toss around the term “failure” for a variety of reasons. Personally, I believe there are fewer instances than what these people think. Especially if you don’t put in the effort to actually succeed.

Not Learning from Experience

Life is full of learning experiences. It’s what we do with that knowledge that feeds into failing. If we ignore the information readily available after a failed attempt, then the experience is truly wasted.

For example after experiencing what a hot stove feels like, do you keep putting your hands on a red-hot burner? Probably not. In this instance, you succeed at not burning yourself on something that is quite obviously going to hurt.

Most of life’s situations are similar. You can’t really call a situation a failure as long as you learn and adapt. Unfortunately, a lot of people have a problem with the “adaptation” part, especially if they suffer from self-defeat.

One issue that clouds the judgement of many is cognitive dissonance. This happens when people say and do things that are often contrary to their own beliefs or actual facts. For instance, believing the planet is flat when there is a slew of evidence to the contrary.

Putting in an Insufficient Amount of Effort

A lack of effort is perhaps one of the strongest proponents of self-defeat and failure. Although people who are self-defeating put in the effort to help others, they don’t put the same amount of drive behind their own projects.

Let’s use myself as an example. I would love to follow in my family’s footsteps and publish a book. Instead, I beat myself up over the fact that I haven’t completed a project that warrants publishing. It’s easier to be depressed about failing than it is to actually try.

You can’t really call yourself a failure if you haven’t made an attempt. I am not a failure at being an author; I fail at trying to be an author. There is a difference. One has effort while the other does not.

Wallowing in self-pity is often seen in those who suffer from self-defeat. They are quick to help but often devastated by their own actions.

Succumbing to pity really does nothing to improve the situation. It takes action, not emotion, to drive success. I have passion to write, but lack the motivation to do so. As a result, I feel sorry for myself and often end up beating myself up over the lack of effort.

Speaking from experience, it’s difficult to get out of that funk once you’re in up to your neck. However, you need to find and reach for that branch to pull yourself up if you don’t want to drown in sorrow.

A lot of us tend to beat ourselves up way too often, especially over things that are out of our control. This is when you feel bad and punish yourself because of a failure regardless of whose fault it is.

In reality, beating yourself up does nothing to help you. It’s OK to feel bad when something is your fault. But learn from the experience and make the situation better.

Continuously hammering yourself isn’t going to help you succeed. On the contrary, you’re wasting energy and effort that could be put towards making a bad set of circumstances better.

Although a lot of us are more inclined to thrive with self-defeat, I’d rather get out of the funk and make something happen. We don’t have to lean towards failing on purpose. But what are some things we can do to make a better life for ourselves?

You can’t fail at something if there isn’t maximum effort behind the attempt. I’m often saddened by my lack of followers on social media…then again, I haven’t really done much to warrant anyone to follow me. I can’t complain about not making a name for myself as an author if I haven’t published a book.

In other words, not everyone is going to succeed with a half-assed attempt. Some people get lucky while others have to work for their gains. I am not one of the lucky ones, so I have to work hard at it.

The hardest part is trying to ramp up the motivation after living so long without maximum effort. It gets habitual to only do enough to survive. That’s OK if you only want to do enough to get by, but it doesn’t help when you want more from life.

Understanding self-defeat is only part of the problem. Now comes the hard part of putting yourself first. Personally, I’ve put efforts into setting up achievable goals for myself lately.

Goals need to have a clear outline including what you need to do to make them happen. For example, I want to see my name on the spine of a book. That’s a nice goal, but what do I need to do to achieve that objective? Well, finishing a few writing projects would be a great start.

Success of a goal only happens when you have a strategy to follow. Want to lose weight? You need a routine of diet and exercise. Want to write a book? You need to work on skill and effort.

Realistic expectations are another issue many have when trying to succeed. You can’t assume something grand is going to happen that would be “cool” if it did.

For instance, investing $300 in stocks doesn’t translate to waking up as a millionaire tomorrow. The odds of that happening are astronomical, even with a sure-thing investment.

I know I’m not going to be on the New York Times Best Selling List with my first book. Hell, I’ll be happy if I sold half a dozen copies – excluding myself. This isn’t a self-defeating attitude. It’s being realistic. A self-defeatist would make sure he or she was never on a best seller’s list and then feel bad about it.

You can aim high, but make sure you’re realistic with what you’re trying to accomplish. Keep your feet firmly planted when reaching for the stars.

4. Don’t Measure Yourself Against Others

Not everyone is going to have the same experience when it comes to various projects. I highly doubt I will become as popular as Steven King, but that won’t stop me from trying to emulate his success.

That’s where the difference lies for many. It’s one thing to emulate the success of others, but it’s completely different when you try to copy it.

Don’t compare your successes to those of other people. Situations and circumstance are varied from one individual to another. However, you can try to emulate your idol’s efforts in order to drive your own level of success.

Doubting your abilities is a good way to start going down the road of self-defeat. For many, this entails giving up before they even try. You should have confidence to help you build into what you’re trying to accomplish.

The odds are you will fail at a lot of the things you try for the first time. The trick is to learn and grow. Once doubt begins to settle into your mind, success becomes much more difficult to achieve.

Create an honest list of your attributes and what you have to offer. And I mean honest. If you’re a fast typist, that’s a positive attribute for a freelance writer. If you feel you lack certain skills or abilities, do something to improve. This part is exceptionally difficult especially for those who have low self-worth.

6. Never Give Up, Never Surrender

Lastly, never give up. You will fail 100% of the things you do not try. This is true in every aspect of life. Even when things look the bleakest, you never know what the outcome will be in the end.

Even if you fight and lose, at least you walk away knowing more about yourself and how to succeed next time.

If you don’t actually put effort into a project, you can’t really call it a failure. And even then, you can always learn from the mistake to make the next attempt more successful. Don’t be hard on yourself if the first run doesn’t work out. Understand what went wrong and try again.

It’s all about what you’re willing to do to make the situation better.